Alaska's premier guitar wizard, Pierre is a master at creation on the fly.  His playing is a virtual encyclopedia of the greatest guitar styles, riffs, and soloing of the past century.  Fans have come to expect the unexpected from him, knowing that Pierre can pull off an incredible variety of music, morphing Metal into Bluegrass, Country into Jazz, Indie into Classic Rock, Classical into R&B...

Pierre's musical journey began in his home in the Matanuska Valley of Alaska.  His parents were a classic Alaskan mix: Dad Bidondo was an immigrant from the French Basque Country, while Mom was born in the Territory of Alaska to a frontiersman from Norway and his American wife.  Pierre's upbringing was filled with a cornucopia of music, where a wide variety of musical styles were on the turntable and the radio at home: 50's and 60's American Pop, Country & Western, Classical, Rock, Jazz, Flamenco, you name it...

Pierre got his first acoustic guitar when he was in grade school, but it was in his early teen years that he finally acquired an old Kalamazoo electric and a basic amp.  He became addicted to the instrument, even inventing a way to feed to a output tape deck through the family TV so he could flip a switch during commercials and practice to his favorite albums!

Pierre played trumpet in the Palmer High School concert band, but his real musical education was happening at home with his guitar.  His first rock band was a group he joined in high school called Kobra, who took the local talent show in Palmer by storm, and played several local gigs.

During his college years, Pierre eventually made his way down to Southern California, where he studied guitar and played in several different jazz and rock bands.  Eventually he landed back in Alaska, and helped form the band Cursor.  His professional career took off as they played throughout the state.  Eventually he began to work with Below Zero and performed mainly with them for many years.

Pierre has also worked with other local Alaskan talent such as Gary Sloane, Adele Morgan, Medicine Dream, The Psychodelic Skeletons and many others.  He's also played on innumerable Alaskan recordings as a go-to creative session guitarist.

In 2007, Pierre and his brother, Craig Bidondo, released a CD of their original instrumental songs under the name of their group, The Brothers Bidondo.  Recorded and produced by The Brothers between Alaska and Portland Oregon, "The Homecoming" took six years to complete, and features Pierre playing all acoustic and electric guitars, mandolin, and some electric bass, as well as some percussion.  Also featured were Craig as well as Portland musicians Ted Swenson, Tim Gilson  and Graham Lear, along with Alaskan percussionist John Simon.

Mixed and mastered by Portland recording engineer, Dean Baskerville (whose work includes sessions with Everclear, Sheryl Crow, Pink Martini, Storm Large and Vagabond Opera), "The Homecoming" is a homage to the Brothers' personal and musical influences.  Pierre's playing on this CD taps into classic and contemporary flamenco, bossa nova and samba, rock, funk, folk and smooth jazz and pays tribute to great players such as Santana, Eric Clapton, The Allman Brothers, Larry Carlton, Wes Montgomery and many others.  Pierre and Craig kicked off the release of the CD with several concerts both in Alaska and Portland, Oregon.

Currently, Pierre is playing a mix of solo and band dates in the Anchorage area, including clubs such as The Millennium Hotel's Fancy Moose, Humpy's Alehouse, Chilkoot Charlie's, The Longbranch Saloon, Tap Root, The Blue Fox and also The Alaska State Fair and Four Corners Lounge (in Palmer).  You can catch him with bands like Mad Karma and I Like Robots, as well as the Humpy's Sunday Jam band.

Where to see Pierre perform next: 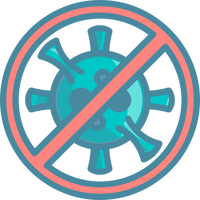 NEWS FROM THE WORLD OF PIERRE

Be social with Pierre!